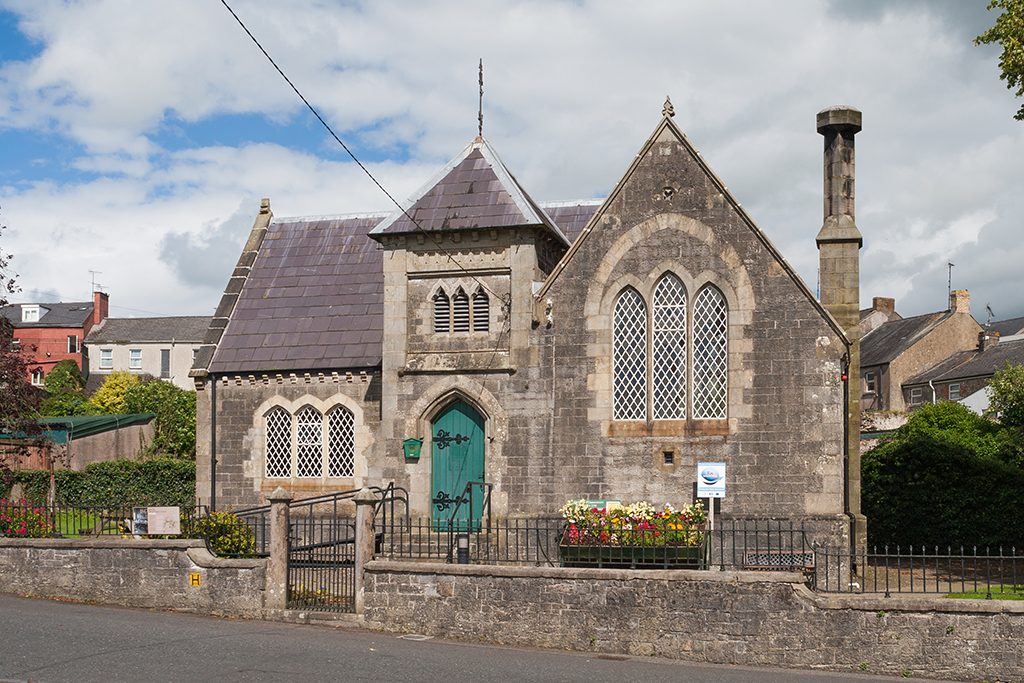 The Cassandra Hand Centre was commissioned in 1859 by Cassandra Hand as a school for infants and girls. Cassandra came to Clones in September 1847 along with her husband the Rev Thomas Hand, at the height of the Great Irish Famine.

Life in Clones contrasted sharply to Cassandra’s upbringing in Surrey and she was moved by the extreme poverty in and around her adopted town. She decided to promote crochet as a famine relief measure and set up a lace making school in her home at Bishopscourt just outside Clones.

The profits from the Clones Lace enabled Cassandra in 1859 to finance the construction of this 19th Century Gothic-style building, which served as a school for the education of infants and young girls until 1911.

The building is owned by the Clogher Diocesean Board of Education and was used as a centre for parish meetings until the 1990’s.  It fell into disrepair during the next fifteen years and in 2003 Clones Community Forum and Clones 1500, a cross-community heritage group put a plan in place to renovate this beautiful 19th Century Gothic-style building and secured funding from the Heritage Council and Peace II.

The Cassandra Hand Centre in Clones offers a local and friendly genealogy service to anyone who wants to find out about their relatives.

Clones Town (Cluain Eois) began as a monastic settlement c. 500 when St Tiernach founded his monastery there and this was the most important site in Monaghan for centuries afterwards. The tower, cross and church all belong to this period of Clones’ history.

The Round Tower is 75 feet with square headed doors and windows. Nearby is a shrine known as ‘St Tiernach’s shrine’ which is carved out of stone.

This was built about the 9th century as a place of storage. Later during the Viking invasion from 795 – 1014, it was a place of refuge into which the monks could retreat in times of danger. The tower was originally about 90 ft high and had a conical cap. It contained 4 storeys, and on the top storey there were 4 windows. The door was about 8 feet above the ground. The conical cap and top storey fell some time between 1591 and 1739.

Located in a well-maintained cemetery – many from the 17th and mid 18th century. They feature rounded crosses with skulls and crossed bones and coffins, hour glasses and bells; all symbols of mortality. Some feature the well carved coats of arms of early prominent citizens. 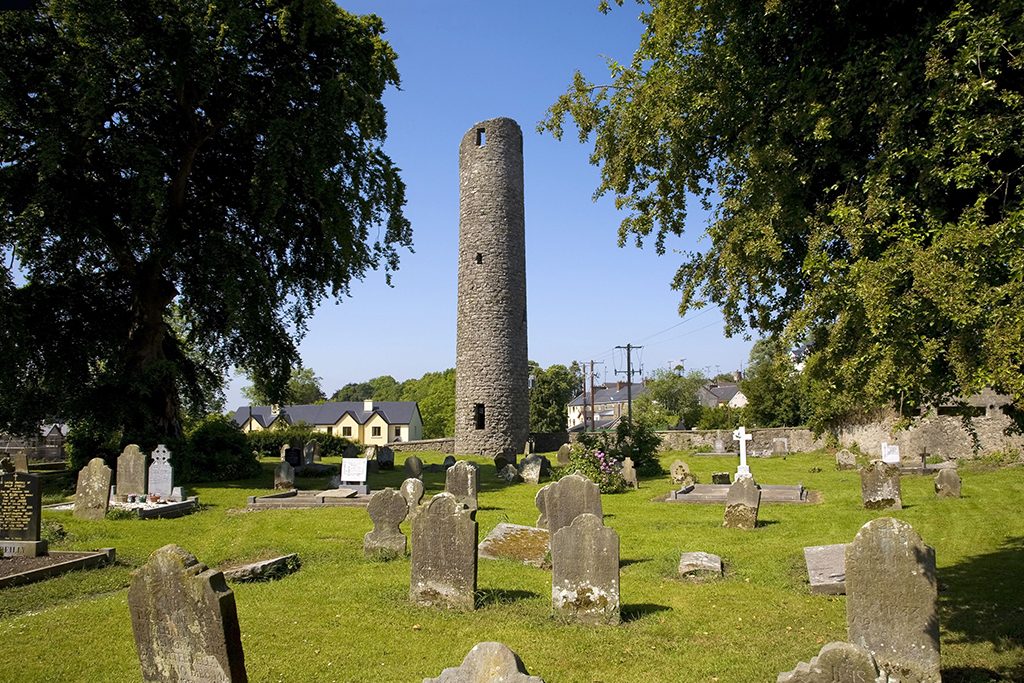 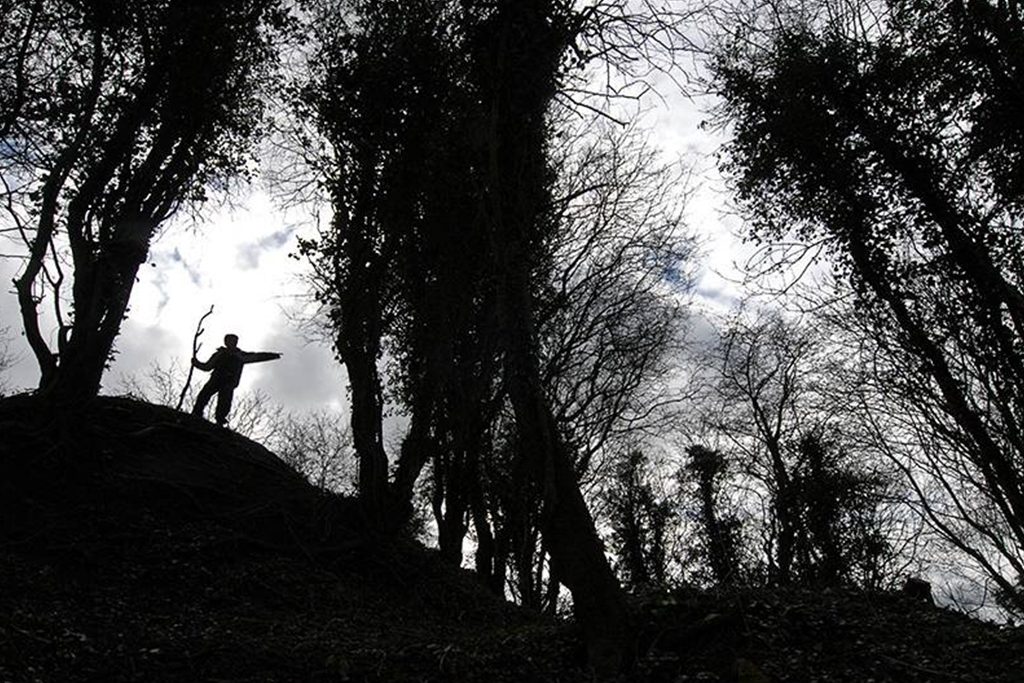 The Wee Abbey dedicated to SS Peter and Paul, in the townland of Crossmoyle, Clones is a recorded monument due to its significant archaeological remains and long ecclesiastical history.
It is an early Augustinian foundation, possibly before 1140 AD, and was established within the pre-existing monastic site. In 1586, Clones Abbey contained “partly thatched church, stone wall cloister, a hall, kitchen and other buildings ” (in ruins) and holdings including 2000 acres of land. 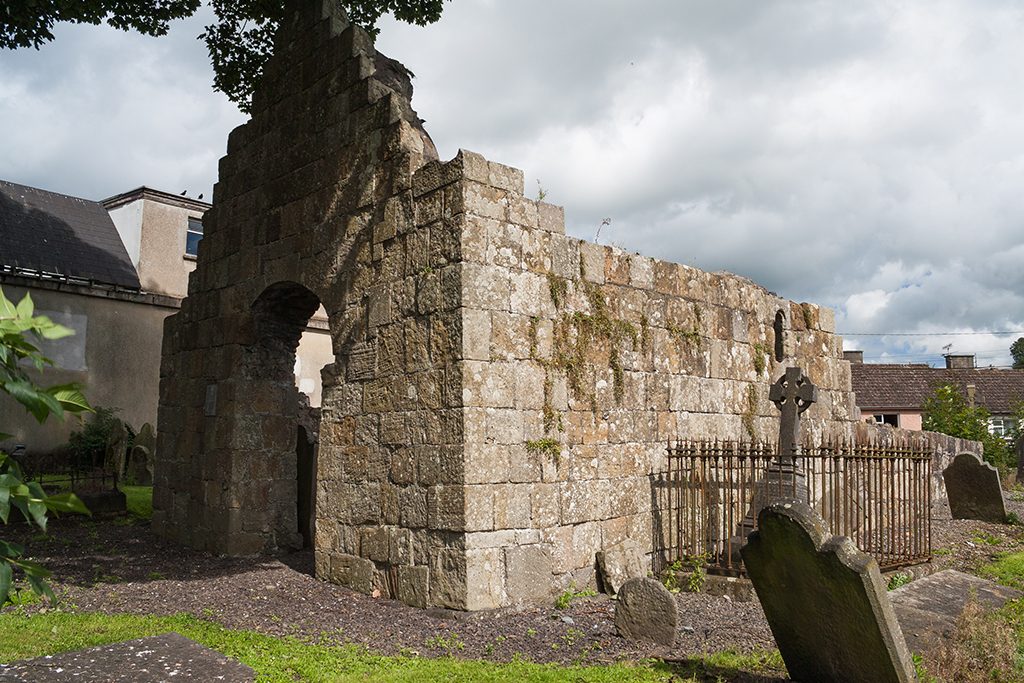 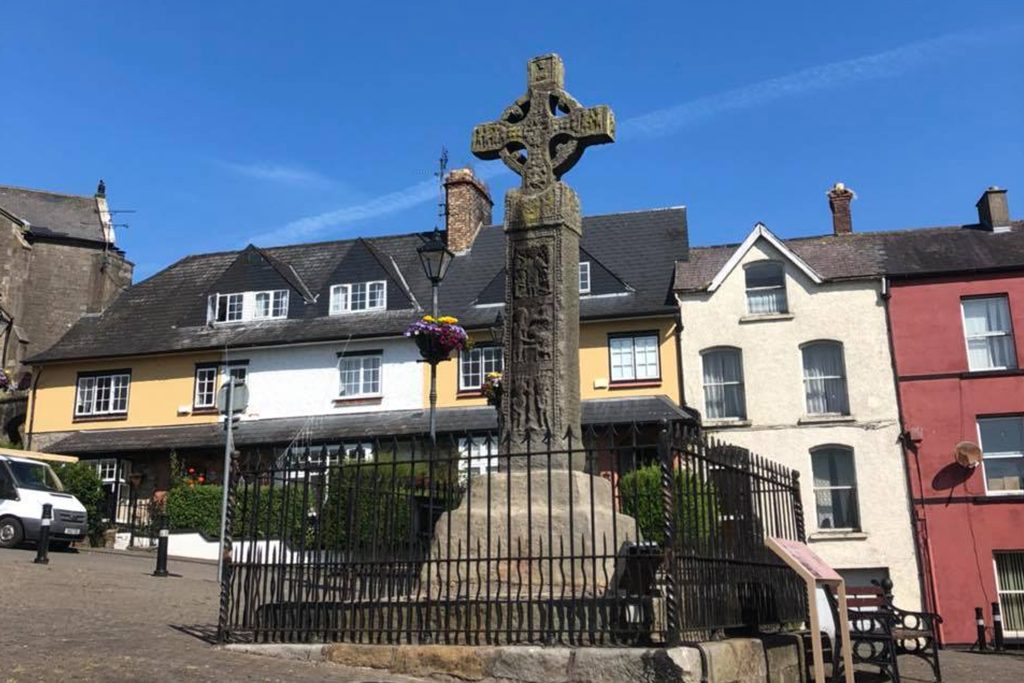 The tenth century sandstone cross standing on the Diamond in Clones is a combination of two separate crosses consisting of the head of one cross and the shaft of an other. The two cross fragments stand to a height of 4.57 metres and are amongst the remains of a monastery founded in Clones by St Tighernach in the sixth century.

The South West face of the shaft, pictured below bears iconography depicting Daniel in the Lions Den at the top of the shaft with immediately below it the Sacrifice of Isaac and below that Adam and Eve (the fall of man). The shaft of the north west face, bears the following figure sculpture, The Adoration of the Magi, The Wedding at Canna and the Multipication of the Loaves and Fishes.

The biblical scenes depicted on the shaft link this cross to the Ulster group of high crosses. Beaded decoration runs up the sides of the two faces and also around the distinctive collar at the top of the shaft, see image below. The cross is shown standing in front of St Tiernachs Church of Ireland.

The north west side of the head bears a crucifixion scene with an unidentified scene below it. The top stone of the head was added at a much later date.

At the Centre of the South west of the head is another depiction of Daniel in the Lions Den, with Cain slaying Abel to the left and what may be Pilate washing his hands to the right. The east and west sides of the cross have bosses and interlaced decoration.

Clones Branch Library is a purpose built Library which was opened in May 2008. The design of the building allows for plenty of natural light which gives the library a bright and airy feel. The Building also houses the Library Headquarters from which the administrative and cataloguing services are provided for all branch libraries in the County. 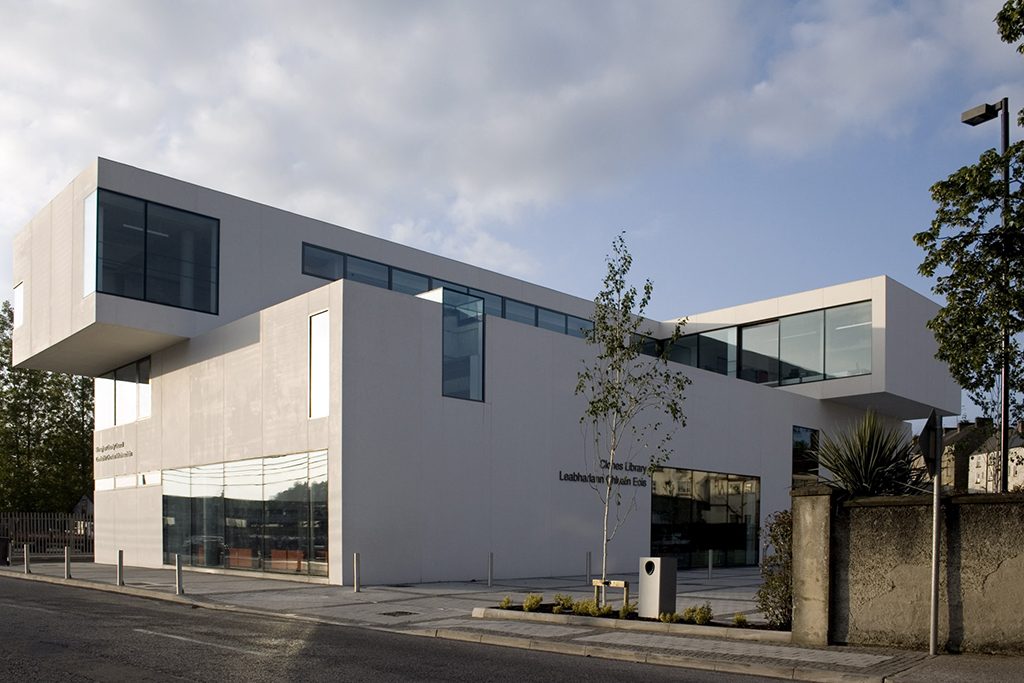 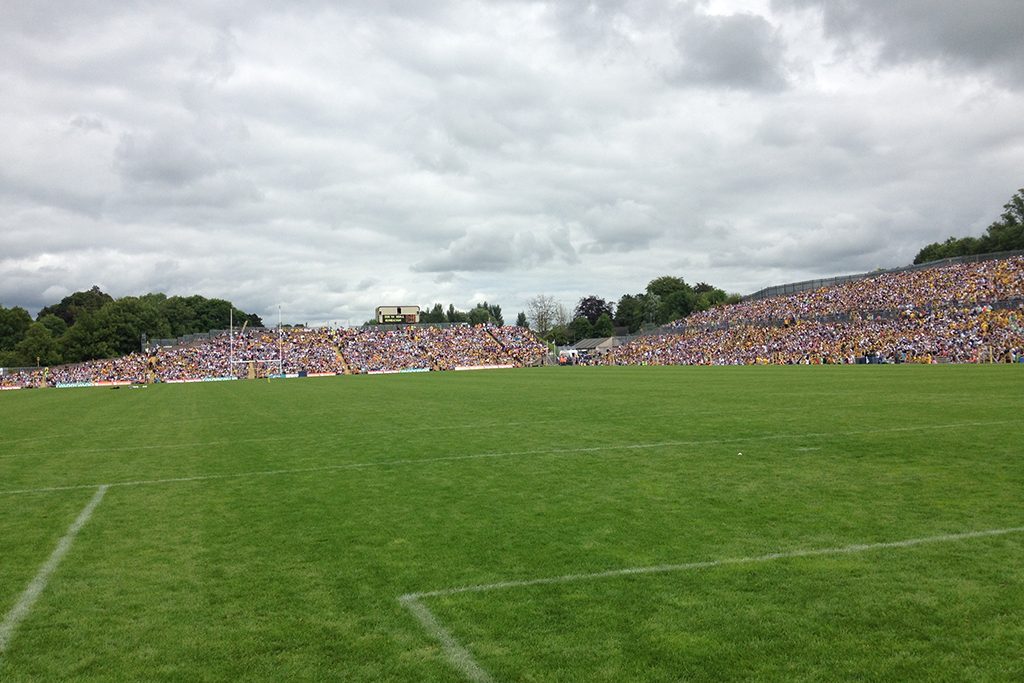 St. Tiarnach’s Park is the principal GAA stadium in Clones, County Monaghan, Ireland. With a capacity of about 36,000 it is the most modern stadium used for Gaelic games in Ulster; it hosts major Gaelic football matches such as the Ulster Championship Final and is home to the Monaghan Gaelic football team.

Clones Golf Club, established in 1913, is located at Hilton Park, 2.5 miles from Clones on the N3 national route from the midlands through to Belfast. The current 18 hole course, laid over approximately 155 acres of rolling parklands, was designed by Dr Arthur Spring and was officially opened by Barry McGuigan on 1st August 2001. 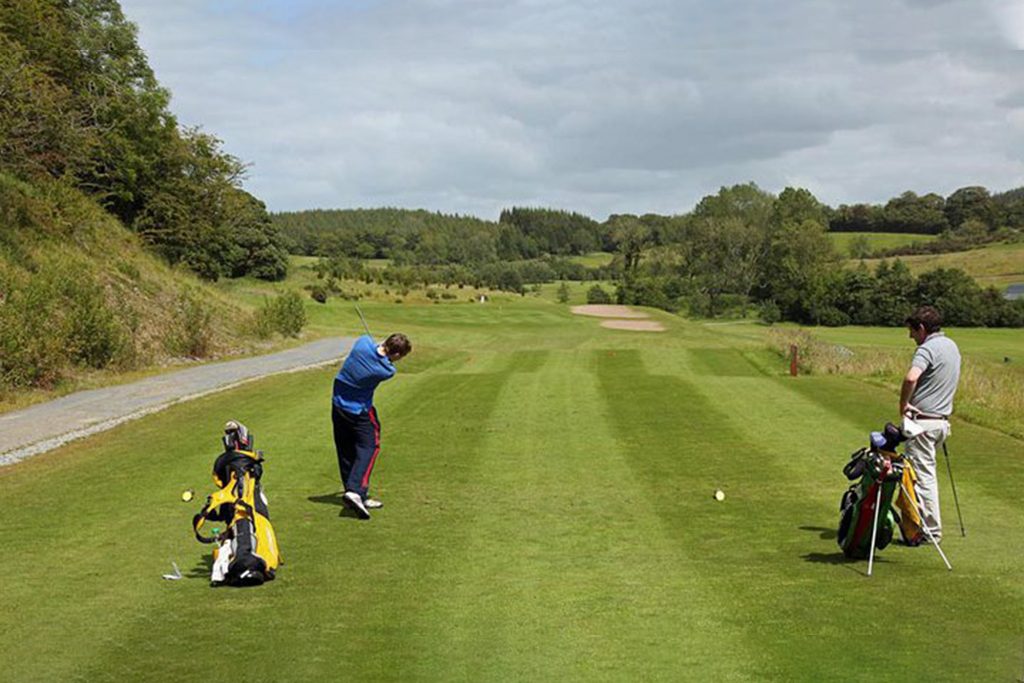